Health can be improved or harmed by social policy, transport policy, education policy and the built environment and has a particular impact on vulnerable groups in society. European health policy ‘Health2020’; puts increased emphasis on and brings new evidence on the right to health, equity, well-being and health in all policies through whole-of-government and whole of-society approaches.

Cork is a designated World Health Organisation Healthy City since January 2012  With this designation is a requirement of the local authority to commit to health and a process and structure to achieve it.  A WHO Healthy City is one that continually creates and improves its physical and social environments and expands the community resources that enable people to mutually support each other in performing all the functions of life and developing to their maximum potential.  Healthy Cities is based on a recognition that population health is not merely a product of health sector activities but largely determined by policies and actions beyond the health sector. 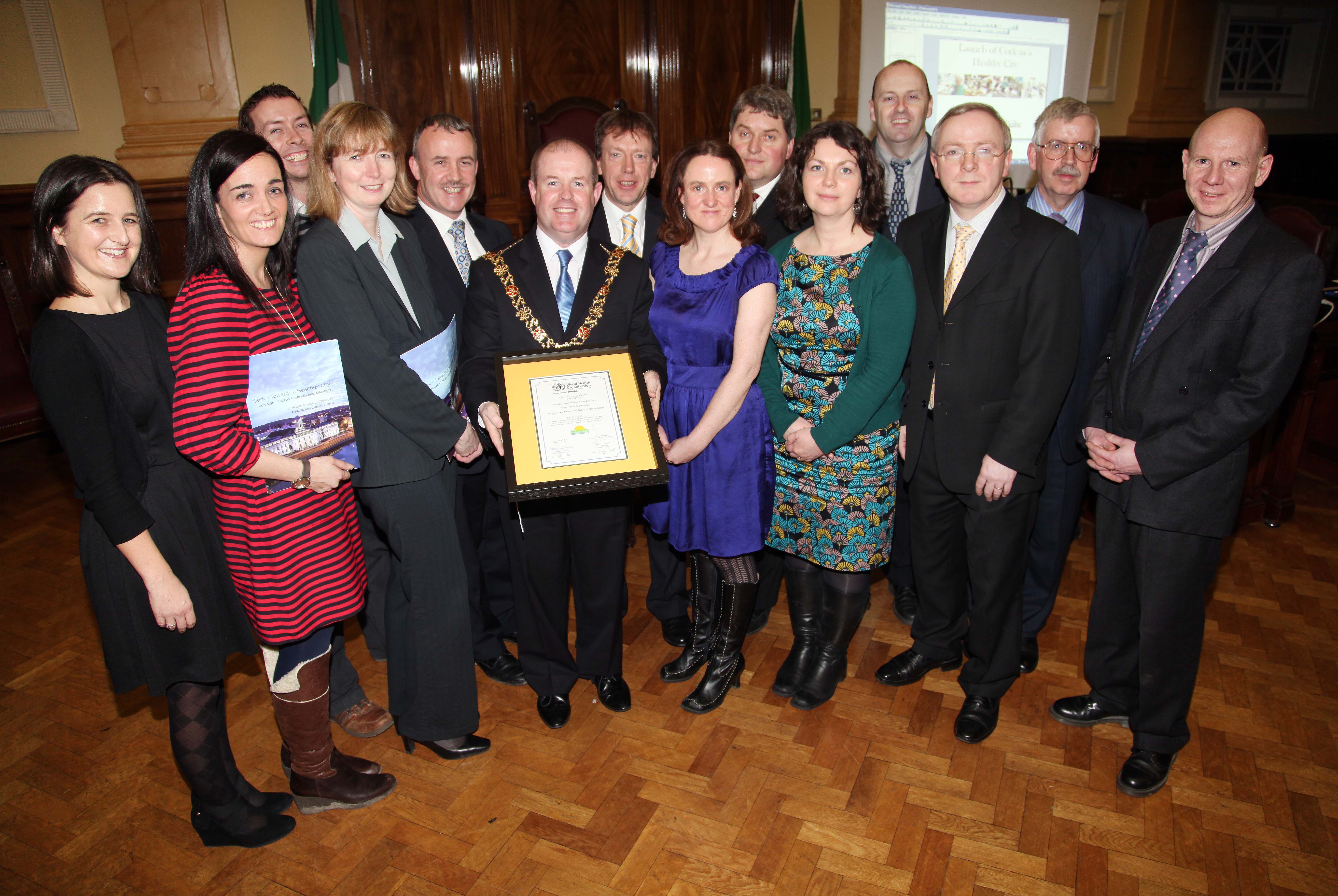 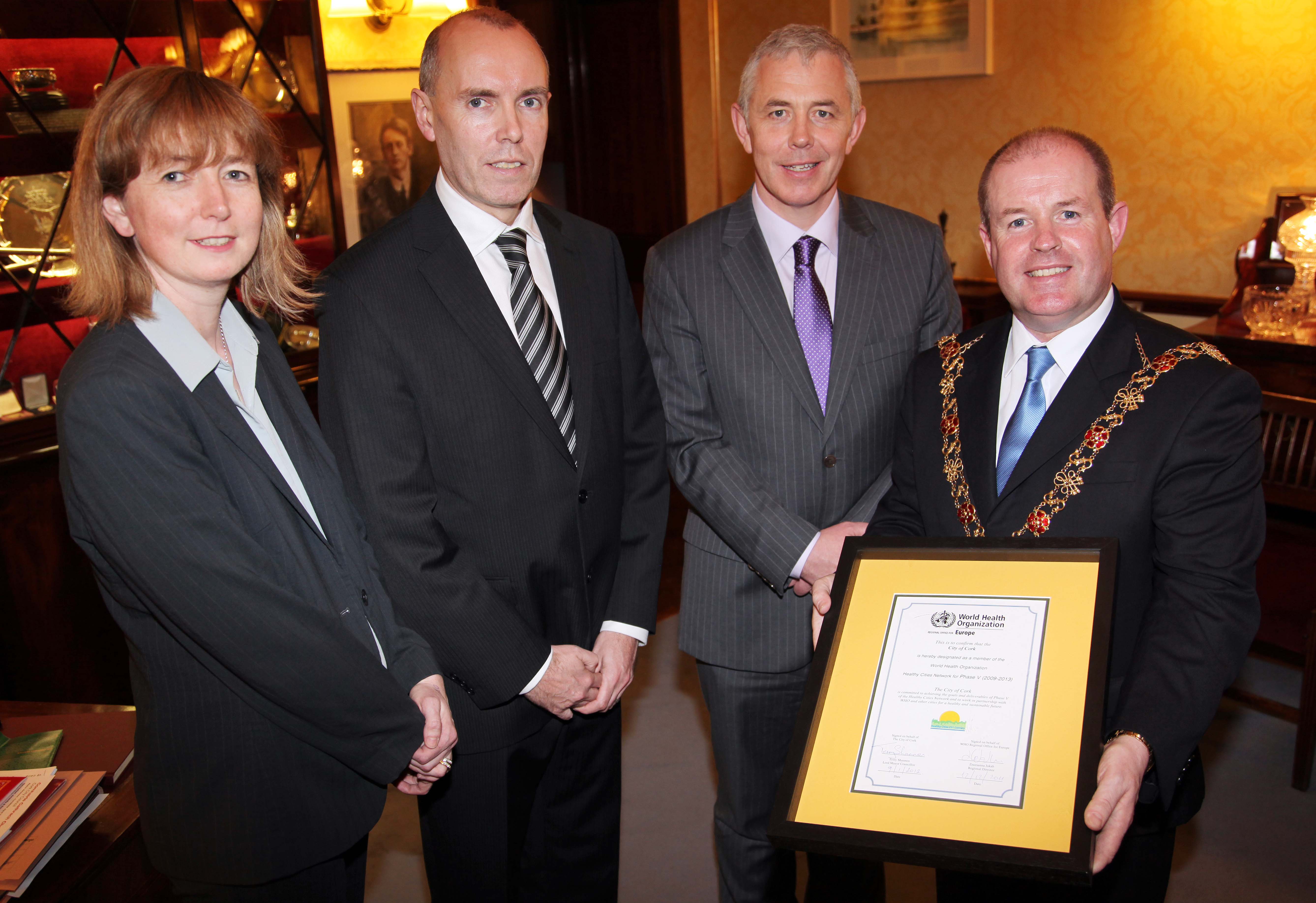 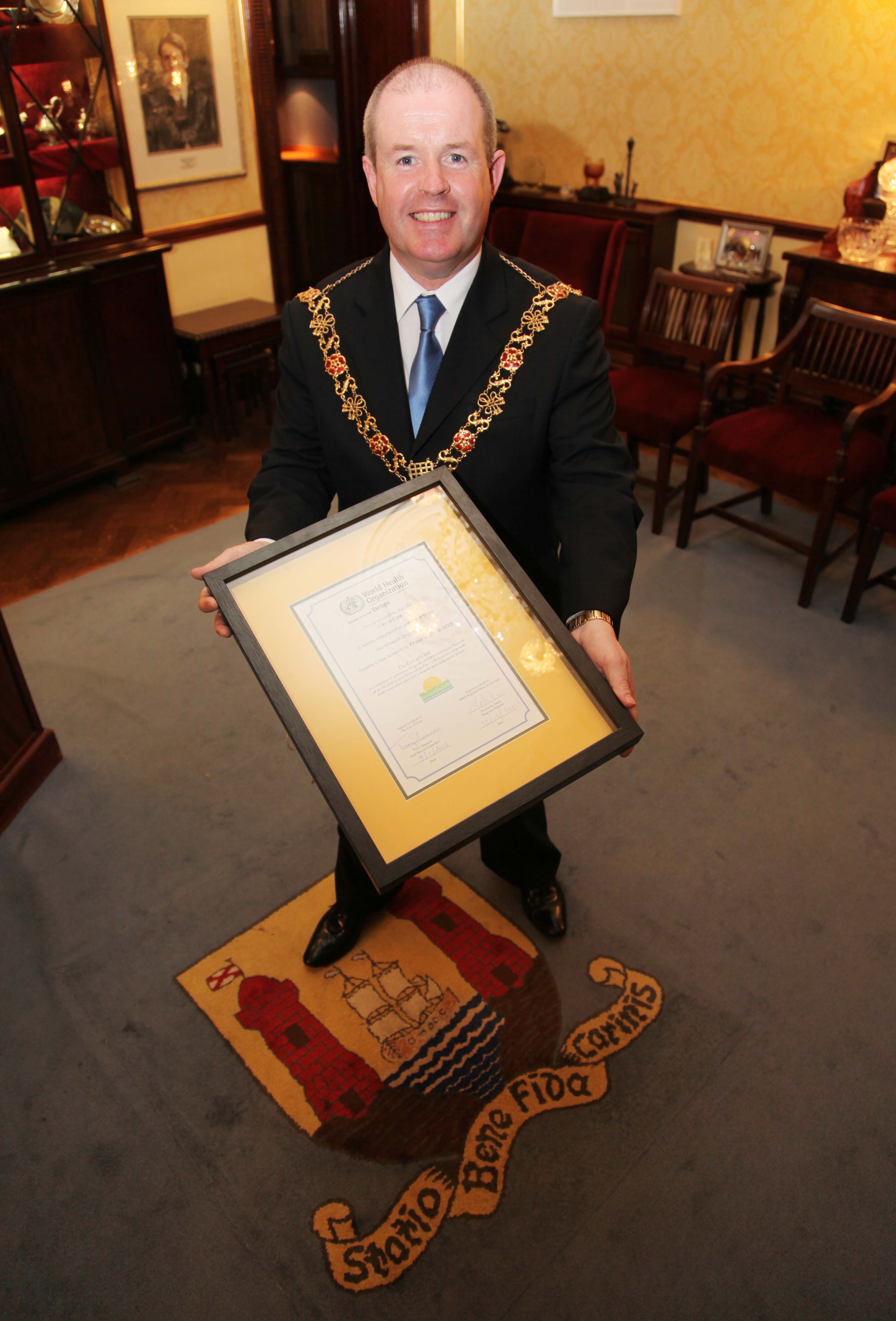 Cork Healthy Cities Vision: A city that connects to improve the health and well-being of all its people and reduce health inequalities. SUPPORTING, VALIDATING, ENABLING, STRENGTHENING

2018: A New Phase for Healthy Cities – the Copenhagen Consensus

Socially, culturally and politically, cities are more important than ever before. Within a complex world of many levels of government, numerous sectors working towards similar goals, and a broadening range of stakeholders involved in the pursuit of health and well-being, cities are uniquely placed to provide leadership.  The summit of Mayors in Copenhagen in February 2018 culminated in the adoption of the Copenhagen Consensus, which affirms political commitment to the role of cities in creating a healthier and happier future, and acts as a political mandate for the Network.  The development of this Consensus was under the guidance of a political vision group which was chaired by Lord Mayor of Cork & Political representative for Cork Healthy Cities Cllr. Tony Fitzgerald.

For more information on the Copenhagen Consensus click here